China Association of Metros (CAMET) is a national first-class industry association in urban rail transit which is registered at the Ministry of Civil Affairs with the approval of the State Council of China. It is subjected to the operational guidance and supervision of National Development Reform Commission and the Ministry of Civil Affairs, and also industry guidance from Ministry of Housing and Urban-Rural Development, Department of Transportation and Ministry of Industry and Information Technology. CAMET is the only national first-class industry association in urban rail transit industry, and also a national non-profit social organization with independent legal entity, as well as national grade 4A association.

Strictly observe the laws and regulations and strengthen self-regulation, and play the role of a bridge and a hub, to provide services for governments and enterprises and promote the scientific development of the industry.

1. Propagandize and implement relevant national policies, and carry out investigations and studies on the development planning,

suggestions for the government and enterprises;

2. Formulate and organize the implementation of relevant regulations of the urban rail transit industry, promote the integrity

construction and anti-corruption management of the industry, establish and improve the industry self-regulation and restraint

mechanism, standardize the behavior of members, and maintain a fair competitive market environment;

3. Conduct industry statistics work according to the authorization of governmental departments, establish a statistical monitoring

mechanism for industry development, and publish analytical reports on a regular basis;

and promote implementation of the standards;

6. Carry out urban rail transit equipment certification according to the authorization of relevant governmental departments;

7. Conduct evaluation and review in urban rail transit areas with the approval from relevant governmental departments;

as entrusted by government or according to market and industry development needs;

foreign technology and management experience, and assist members to “Going out”;

11. Take charge of other matters entrusted by the relevant departments.

Memorabilia of the Association

In 2014, seven national engineering laboratories and an innovation network in the field of urban rail transit were proposed by the Association and approved by the National Development and Reform Commission to be established.

In 2015, the National Development and Reform Commission issued the Notice on Strengthening the Planning, Construction and Management of Urban Rail Transit (Fa Gai Ji Chu [2015] No. 49), which requires the Association to play a supervisory and service role, and authorizes the Association to set up a statistical monitoring mechanism for industry development, monitor and track bidding activities, promote third-party certification, and strengthen cross-regional talent training.

In 2015, the Association obtained the 1.8G special frequency band for urban rail transit wireless communication from the Ministry of Industry and Information Technology, and formulated China Urban Rail Standard for LTE-M in combination with China’s fourth-generation communication technology, which solved the problem that has plagued the industry for many years and promoted the technological progress of the industry.

In 2016, the National Development and Reform Commission and the Certification and Accreditation Administration of the People’s Republic of China issued the Notice on Implementing Certification of Urban Rail Transit Equipment, authorizing the Association to establish a certification technical committee for the purpose of effectively exerting the self-discipline role of the industry and promoting the certification of urban rail equipment.

In 2016, President Bao Xuding submitted the report entitled Urban Rail Transit and High-speed Railway Going Global Together to Premier Li Keqiang and other leaders of the State Council. After being approved, it was transferred to the National Development and Reform Commission for implementation, and the Association has also become a member of the “Inter-ministerial Work Coordination Group for Railways (including Urban Rail Transit) Going Out”, which was headed by the National Development and Reform Commission and joined by 25 ministries, commissions, enterprises, and institutions. The Association was responsible for analyzing the overall situation of urban rail transit “Going out”, proposing work proposals, and regularly submitting written reports.

In 2018, it held a national urban rail transit vocational skills competition well recognized by the industry. It holds industry teacher training program and talent training forums and other activities every year. The above work has set a precedent for the industry and made up for the lack of talent training in the industry, which has achieved good results and laid the foundation for the follow-up work.

In 2018, it participated in the social organization evaluation organized by the Ministry of Civil Affairs and was awarded a 4A certificate. 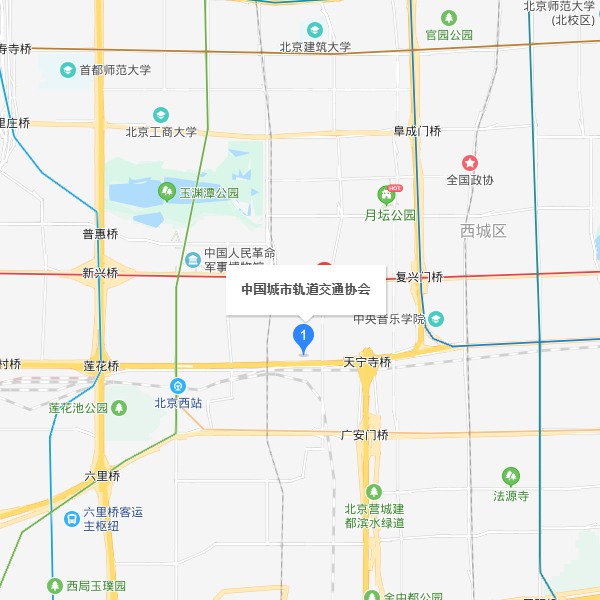